Our Philosophy Our Team Fees

Our Philosophy Our Team Fees 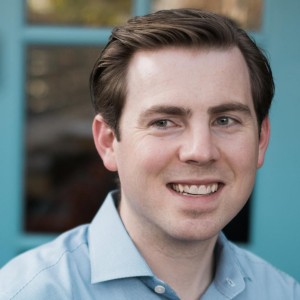 Kyle Hulten This month, Telegram reported raising $850,000,000 in a cryptocurrency offering. As companies like Telegram are demonstrating, initial coin offerings (sometimes called ICOs) are a viable way to raise capital. As ICOs become increasingly common, the SEC is prioritizing its regulation of those offerings....

Yesterday the SEC announced that Geoffrey Aronow would be the next general counsel of the SEC. Aronow, an attorney at the Washington D.C. offices of Bingham McCutchen, will be returning to the public sector once again, after working for the Commodity Futures Trading Commission in the late 1990’s.

The SEC Chairwoman Mary Schapiro resigned last month, and a number of other officers including Mark Cahn, then serving as general counsel, left with her. Elisse Walter, already a member of the Commission, was named as the interim Chairwoman in the wake of Ms. Schapiro’s departure. But the Commission, which usually has five members, is left with only four, and is currently deadlocked on a number of key issues.

Ms. Schapiro left at a time... 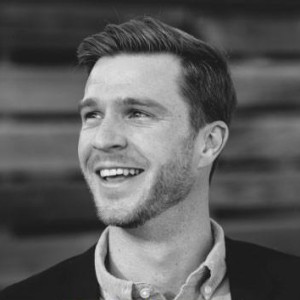 Last Thursday, the SEC issued Compliance and Disclosure Interpretations (C&DIs) related to securities offerings under Rule 506. Specifically, the C&DIs address the issue of Rule 506 offerings that began prior to September 23, 2013, which was when the new Rule 506(c) exemption became effective.

As we’ve discussed in prior articles, as of September 23, 2013, companies can now use general solicitation to raise funds from investors under the new Rule 506(c). The new Rule 506(c) was detailed in the Securities Act Release No. 9415. In the release, the SEC pointed out that for offerings that had already commenced under Rule 506(b) (the classic Rule 506 that does not allow general solicitation), an issuer could choose to continue the offering under Rule... 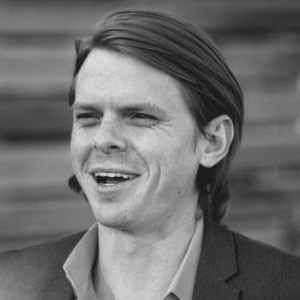 After the Mt. Gox bankruptcy unfolded last week, this week brought news that the CEO Autumn Radtke of First Meta bitcoin exchange died under suspicious circumstances in Sinapore. And Canada based bitcoin bank Flexcoin revealed it was shutting down after being robbed of $600k worth of bitcoin. The response to the Flexcoin theft was muted in wake of the ~$350 million Mt. Gox heist. And in response to the Mt. Gox debacle, Japan decided bitcoin is not a “cryptocurrency” and announced regulations and taxes that treat bitcoin like a tangible commodity.

What’s more, Newsweek revealed the apparent name and location of the alleged creator of bitcoin inviting ire from many, especially after the 64 year old California resident led press...

The SEC failed to prove that Citigroup banker, Brian H. Stoker, had violated securities laws. A federal jury found that the SEC did not meet its burden of proving that Mr. Stoker knew or should have known that his statements were misleading in the documents prepared for the sale of a collateralized debt obligation based on subprime mortgages in 2007.

Citigroup settled with the SEC to resolve the civil charges, agreeing to pay $285 million in penalties.

The SEC did not bring any Rule 10b-5 claims—arguably its strongest securities fraud weapon—which requires showing intentional or reckless behavior. However, the claims it did bring under Section 17(a)(2) and (3)  of the Securities Act of 1933 only require showing negligence in making the misleading...

The Securities and Exchange Commission (SEC) released its annual financial report recently. At various points throughout the report, the SEC notes that it has worked and will continue to work to implement the JOBS Act in a quick, pragmatic manner.  Also, the report points out that the SEC will attempt to maintain the congressional intent behind the Act in its rulemaking.

The Commission stated in its Management Discussion and Analysis report that it will work to implement the JOBS Act in a “practical manner that reflects the entrepreneurial dynamics of the digital age.” Our interpretation: The SEC will attempt to tailor the rules in a way that recognizes the importance of modern technology’s impact on the private placement markets. The SEC also...

The SEC recently issued a no-action letter that provides relief for mergers and acquisitions brokers from certain federal registration requirements. Now, subject to certain restrictions, brokers can facilitate transactions without needing to register as a broker-dealer under Section 15(b) of the Exchange Act.

Under federal law, a broker is “any person engaged in the business of effecting transactions in securities for the account of others.” So, if you receive compensation for connecting the buyer of business with the business it ends up acquiring, and the transaction is a purchase of company stock, you’re a broker. The SEC Guide to Broker-Dealer Registration provides the following examples of activities (assuming that compensation was received for these activities) that would qualify...

The SEC just finished its open meeting to consider a proposed rule, which the Commission passed with a 4-1 vote. To be clear, the SEC only approved proposing the rule. Here are the main takeaways from the proposal:

The current 506 exemption will remain in place, and 506(c) will provide for the new rule, which lifts the ban on general solicitation. The SEC is proposing a flexible “facts and circumstances” test to determine whether offerors took reasonable steps to verify the accredited status of an investor. Form D will be amended to include a check box for 506(c) offerings, enabling the Commission to track the quantity of 506(c) offerings being made. Almost all of the “protective provisions” suggested by commenters are absent from the proposed...

The Securities and Exchange Commission reported Tuesday that it handed out the first reward to a whistle-blower who helped federal securities regulators shut down an investment fraud. Under the SEC’s new whistle-blower reward program, the commission cannot disclose any information about the firm involved, including the information that the whistle-blower provided, but it did disclose that the case has led to more than $1 million in sanctions.

The new reward program was created as a part of the Dodd-Frank overhaul of the financial industry. The $50,000 payout—which is roughly 30 percent of the amount collected in the enforcement action—to the whistle-blower is the maximum reward under the new program. However, as the sanctions increase and more money is collected, the payout...

Contact us today to schedule a free 30 minute meeting where you can learn more about us and how we can help you accomplish your goals.

Subscribe to receive updates with our latest business law news and information.